A triumphant reworking of a fantastic franchise

God of War is by far one of the greatest games I’ve ever played in my life. From beginning to end, the story kept me captivated.

I am pleased with how amazing God of War turned out. If you are looking for an experience that you won’t forget, it is God of War for the Playstation 4. God of War (GOW for short) has taken a different approach for the franchise. Still the same but new. For years, GOW has been set surrounding the Greek pantheon (Zeus, Hades, Ares, etc.).

Now, after having mercilessly killed every Greek god, Kratos tries to live a new life in another universe.

The game begins with Kratos carrying the ashes of his dead wife with his son, Atreus. Their journey, as per his late spouse’s last wish, was for them to spread her ashes on the highest mountain of the Nine Realms.

Their journey to reach the highest peak comes with its twists and turns. The story is well written, the voice acting well-spoken, and the dialogue is top-notch. Every moment has a grand narrative and keeps the audience attentive.

Kratos, at times, finds it challenging to be the kind, warm father figure as he fights the urge to keep his tough demeanor from his past life.

He is a brutal killer, a survivor; he’s lived a life of hardships, and to protect his son, he has become a strick parent. As the adventure continues, the ice thaws between his son.

Both characters gradually develop their relationship throughout the game. The new God of War formula has an adult to child relationship/mechanic reminiscent of The Last of Us and gameplay inspired by Dark Souls.

The improved cinematic appeal and overall quality have increased. Compared to the previous games, even seasoned veterans of the series will find it hard to return to the last God of War formula.

Many games of this generation have needed a complete makeover. Franchises created over two decades ago are updated to appeal to new audiences.

Due to technological limitations during their time, most also refine old gameplay mechanics, while still adding new features.

The gameplay is now much more intense, reminiscent of the Dark Souls combat system. Enemy attacks have the power to knock Kratos down with a few strikes.

Players will need to have patience and quick reflexes to defeat enemies. Battles can be challenging as you take on various enemies at one time.

A significant change is Krato’s weapon, a magical battle ax that has the power of ice able to return to Kratos on command. It’s only a disappointment that there are not enough enemy types. The same enemy is reused by a different color signaling the power between fire, ice, or poison.

God of War has always been a triple-A experience, and this new iteration only builds upon what has already been established.

GOW has only increased in quality, scale, and replayability. As players take control of Kratos, they will adventure through the same linear paths, eventually leading them to massive set-pieces.

This rhythm continues throughout six of the nine visitable realms. Levels are usually separated by water with a select number of surrounding areas that can be explored by boat.

There are moments when Kratos and Atreus bond through stories while sailing across the Lake of Nine. These are quiet but memorable sections where players learn more about the protagonists and their relationship.

While continuing in the story, water around the central lake in Midgard is reduced, revealing more land to investigate. Taking the time to scavenge for resources helps unlock more powerful weapons, armor, and skills, which will help when tackling the campaign.

Some places have high leveled enemies that cause one hit knockouts. Without having the proper skills and practice, it’ll be tough to pass these parts.

In the land of Midgard, snow-peaked mountains and vast woodland forests decorate the surface with magical creatures.

This world has a lot more color than any previous God of War title. Gone are the sizeable Greek marble structures being replaced with gleams of light through the trees.

We have never taken the time to be able to walk around freely in the word of God of War.

Bright multicolored trees and flowers and are a spectacle, or even while walking in the middle of the snow, it all feels so foreign and welcomed.

Players get to visit various imaginings of the mystical Norse lands such as Helheim, rendition of hell covered in thick ice, and Muspelheim, a land of fire and lava.

Music is atmospheric and fits perfectly into the Nordic theme. The chanting and the drums play a significant role in the overall tone, getting you pumped up for every epic fight.

The two outstanding places which are a pleasure to see is Freya’s gardens and Alfhiem. The way the lush vegetation grows with vibrant warm-colored leaves creates a magical environment. Water plays a massive role as your main terrain form of travel. The ripples move accordingly to the boat’s direction while reflecting everything as bright as a mirror.

While battling, you’ll notice Atreus bows have either yellow or blue particle effects flowing throughout the screen. The particle colors are great visual cues to help indicate to the player where Atreus aims.

Santa Monica Studios did an incredible job researching Norse mythology, and it clearly shows. God of War teaches players about Norse mythology so well that you become an expert in your own right. The entire story is lengthy. The ending signals the tip of the iceberg. It is an excellent close to leave room for what’s to come. This scene perfectly demonstrates the beauty of the environment. 🏔

After completing the main story, there is still lots to see and do. There are numerous side quests to complete, collectibles, and optional boss battles that will test a player’s skill. Harder realms become available and contain the best material to craft the ultimate armor and skills in the game. These will be much needed to defeat Valkyries, optional boss battles that demand determination to overcome.

The video above is an unedited battle between Kratos and a Valkyrie. These are the toughest fights in the whole game. The battle starts at 16:50.

Our journey to the highest mountain was satisfying, challenging, with twists and turns. God of War has proper pacing and the combat is excellent. The ending is accompanied by good storytelling and reasoning for the way the characters behave. All I can say is that I want more. I patiently await the day where I get to play the second part of this incredible franchise. The ending is a good build-up for the sequel. If you haven’t played God of War for the PS4, this is one of those titles that must be a part of your library.

Closing Thoughts
I played the entire game on hard and it was definitely a very satisfying challenge. The game got the best of me, especially in the beginning. But with practice and patience, players will get the hang of it and realize that this is by far the best God of War game to date. Definitely a title you need to check out.
Concept10
Design9.8
Aesthetics10
Value9
Positive
Amazing graphics
Tight controls and rebuilt battle system
Great storytelling and camera
Great overall content
Negative
The map doesn’t allow players to zoom in closer which would help legibility
Lacking in enemy variety & missing more iconic boss fights
Fast travel is innovative but also not 100% functional
9.7 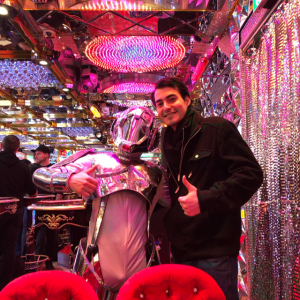